Course can be had from the college office at the time of admission. Every application form should be accompanied with attested xerox copies of the following certificates with Six passport size and Six Stamp size photos. Eligibility : Candidates with the following marks in the Bachelor’s Degree are eligible for admission to the course. Marks in Part III and Allied of UG Course for the following  Community/Category. In the case of physically or visually challenged candidates, a minimum pass in the degree is enough. Sanctioned Strength: Conducting B.Ed. Programme of two years duration with an annual intake of 100 for two basic units of 50 students each from the academic session 2015-2016.

At the time of Admission candidates must bring all the ORIGINAL CERTIFICATES.

Fees: Tuition fee for the B.Ed., course is Rs. 37,500 per year as fixed by the Fee Fixation Committee headed by Justice Balasubramaniam constituted by The Government of TamilNadu. The mentioned above fee may be allowed to pay by installment. 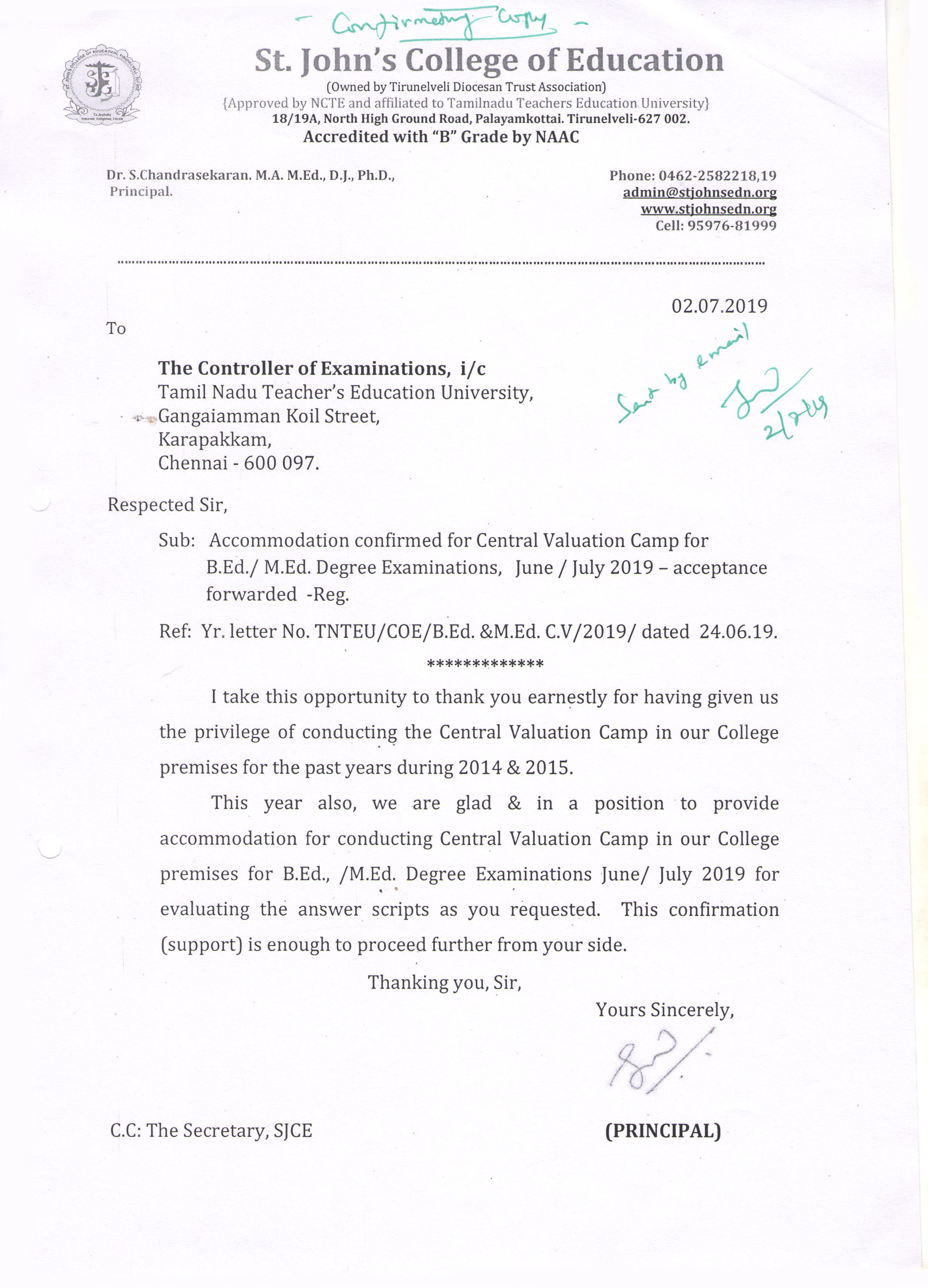 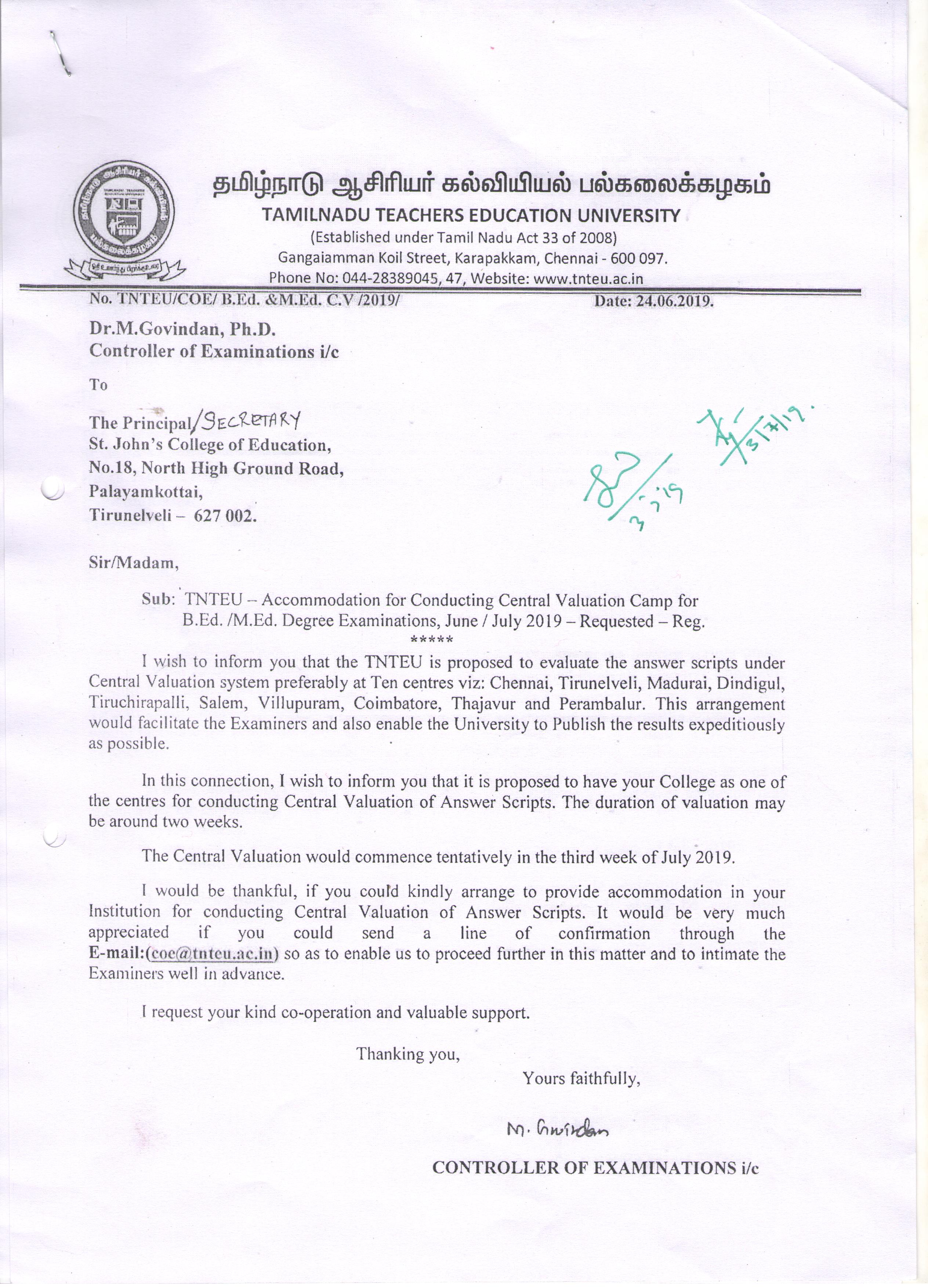